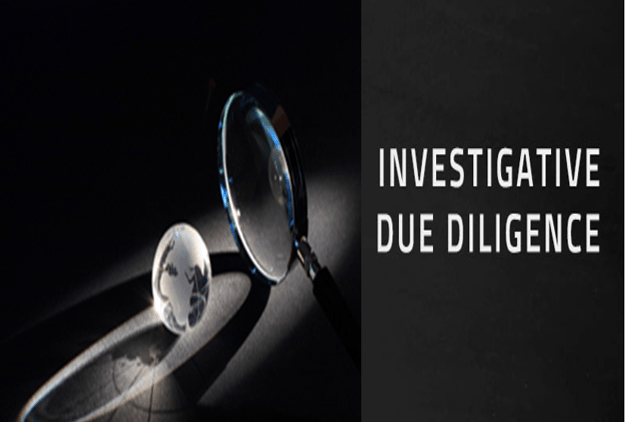 What is core investigative diligence and how does it protect an organization? I recently had the chance to visit with Hannah Coleman, Managing Director in K2 Integrity’s Investigations and Risk Advisory practice on this topic. Diligence is performed in the context of a business transaction, such as a potential M&A or an investment, and in the context of an executive hire or Board appointment who will be decision-makers or are highly public or visible members of a company’s leadership team.

Diligence in the Hiring Process

“we recommend and suggest to clients that they take some time to think about the kinds of risks that are involved in a particular transaction or a hiring to help inform the level of diligence performed. Of course, if something comes up in the diligence investigation, it should be evaluated in an updated context.”

Another key that Coleman pointed to is the independence of the investigator. A client may believe because they have known someone for 10 or 20 years, they have visibility into their background but that may not be true. Witness the situation in the Kansas University (KU) hiring of Les Miles. As an outside independent due diligence investigator, “you may be able to point out, yes, you have known them for 10 or 20 years, but you’ve never really looked into X, Y, and Z.” As we now know from the KU fiasco the reputational damage can be considerable.

Another key for any top-level due diligence investigator is that they are there to provide facts, not make the decision for the client.

As Coleman said, “we’re not going to tell anyone what to do. We’re not here to say, do a deal, don’t do a deal, hire someone, don’t hire someone. We don’t have skin in the game. We’re fact finders. And we’re here to be advisors to advise you by presenting a client with the best information.” This approach adds to the impartiality of the investigation, which Coleman noted, “is quite beneficial because we were not pushing forward, any kind of position.”

Coleman added that a “couple of the real keys are understanding a client’s purpose and priorities, but for the purpose, thinking about as much background and context as we can get as investigators coming into a situation cold, that’s going to make us as smart as we can be going in.” Similarly, understanding the client’s priorities are also useful pieces of information because “ultimately, the report that we produce to understand what kind of issues the client considers significant versus kind of normal course of business stuff. For example, there are certain industries where a high volume of certain types of litigation is very normal and not really an issue of concern. We would want to know that going in so that we do not focus unnecessarily on details that might be ultimately unimportant and we are making the best use of a client’s time and money.”

Coleman concluded that the end result can change on an assignment basis for each client. There are cases where deep dive due diligence is performed which will generate a long written report that summarizes all the findings. It usually begins with an executive summary and then can move into 20 or 30 pages or longer. It can also be a shorter form report which only reports on adverse findings, or a much more targeted search, which concludes with “a more chart kind of deliverable.” It all turns on the conversation you have with the client on “what did they want and how do they want it to look at. Some prefer as much detail as possible and some only want a high-level summary of things that are really adverse or controversial.”

Most M&As are friendly affairs or at least not unwanted takeovers. While an agreed upon deal can certainly make things go more smoothly on the financial transaction front, it can lead to another issue: being so familiar with an organization you are blinded to potential reputational issues. This is where an experienced due diligence investigator can come in, perform reputational due diligence and be extremely helpful.

Coleman said that in such transactions, there is a “certain level of familiarity and comfort that’s been established between the acquirer and the acquiree.” It is very easy to think in this context, “I know this person, he’s a good guy, or she’s reliable. I feel comfortable with her.” The problem is that such familiarity can breed complacency. Coleman cautioned, “There are folks who have had long and very accomplished careers and been forced to resign based on misrepresentations about something like educational credentials or something that happened in their early career. You might remember back in 2012, for example, there was the story of the Yahoo CEO who was forced out when an activist investor did the homework, went digging and found that he had embellished details of his college degree.”

In the current age of social media amplification, “things from decades back can really echo forward into the present in significant and impactful ways”; even if the person made social media miss-steps while a teenager.  Also, it can be a mistake to underestimate how quickly these deals can move, which makes the timing so important. This means that if there are significant issues that are identified, you want to still be able to address those and remediate them to everyone’s satisfaction before your organization is “locked into terms.”

Moreover, this is where reputational diligence can move from detective to preventative so that an organization does not have to remediate via clawbacks or other contractually based mechanisms. As Coleman noted,

“it’s always easier to prevent than it is to try to remediate.”

Moreover, you cannot remediate bad press and you cannot claw back bad press. Coleman believes “our job as investigators is to make our clients smart and to help them make the best decisions so that they are caught flat-footed. There are times where we do diligence and we identify significant issues and a client can get comfortable with the issues identified so that they move forward with a deal.” This approach allows for preparation even if it “blows up, as we are going to have a plan to how to handle it.”

I concluded by asking Coleman if there were any examples where a client on autopilot in performing due diligence on a target turned into a bad result, which was negative for the company. Coleman said that unfortunately, if an organization has a check the box mentality, it can miss some all too obvious red flags. She pointed to a situation where executives that they were looking at in connection with the acquisition of a company. We found that he had a Twitter account, not under his first and last name, so not immediately apparent. Unfortunately, there was some content on that that would have been considered widely offensive and problematic in tone and in content and finding and uncovering that for the client. While the client was not “thrilled to know it, knowing it gave them the opportunity to address that proactively and take care of it, to ensure that it was not going to blow up at some point down the line when someone found this account and linked it back to the person.”

The importance of optimism

The word Impossible is not in the Leaders Dictionaries

Everything You Wanted to Know About Monitors-Part 2